Three of the Biggest Stormwater Management Projects in the World

I have traveled around the world and visited many cities: from Ephesus and Jerusalem to Bangkok and Buenos Aires; one of the things that has fascinated me most in my travels is learning about the inner workings of cities—specifically, their infrastructure. Since joining HeadLight, I have learned a ton about modern infrastructure for stormwater management.

Stormwater management can be particularly tricky for large cities: Expansive concrete roads and surfaces don’t absorb water like more porous materials which leaves them vulnerable to flooding. Also, modern hubris has inspired construction of cities on top of natural lakes, rivers, and wetlands.

Roads, cities, and bridges—combined with our increasingly volatile weather—has created a unique set of stormwater management challenges. Enter three of the most ambitious stormwater infrastructure projects in the world. Designed to collect and manage astronomical amounts of water (collecting water, for example, from areas of up to 500 square kilometers), these projects are remarkable in their scope and ingenuity.

First up is the ongoing Deep Storm Tunnel Water System. A collaborative vision of PORR construction group, Six Construct is currently working toward completing this massive tunnel and drainage system in Dubai. The tunnel will collect and convey ground and stormwater runoff from Dubai’s World Central area and surrounding communities and has an estimated contract value of AED 1.3 billion. 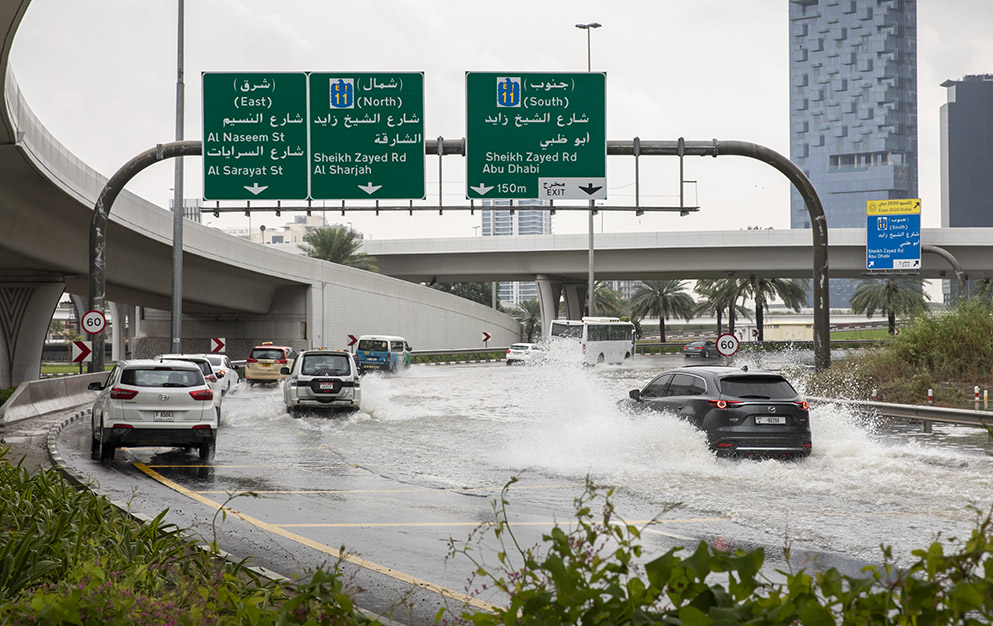 A little history: On July 29, 2018, PORR-Six Construct Joint Venture signed the “Factory Acceptance Certificates” with China Railway Engineering Equipment Group following detailed and successful tests by PORR tunneling specialists on the two completely assembled Tunnel Boring Machines (TBMs). These TBMs arrived in October 2018: One is covering the entire 5 km length of the tunnel in two sequences while the other is driving the full length in a row.

Once completed, the project will sit 30-45 meters below ground with an 11.05 meter boring diameter. Four 40-45 meter deep shafts with 14-20 meter diameters will merge with four connection chambers, respectively. Two long “micro-tunnels” have already been built. The project includes building and installing electrical works, flow monitoring, and Penstock valves, among other features.

The tunnel will prevent flooding during rainfall, while the drainage system will withstand increasing urbanization, severe rainfall, and high-level groundwater. It will drain and collect rain and groundwater from nearly 40 percent of urban Dubai, including the flagship project Dubai South, Al Maktoum International Airport, the World Expo site, and other emerging developments.

At 13.2 meters in diameter, SMART consists of a 9.7 km stormwater bypass tunnel spanning from Kampung Berembang Lake to Taman Desa Lake. Its 4 km dual-deck motorway can sustain light vehicles while its storage reservoir and twin box culvert serve to divert flood water. It also has 15 meter shaft structures: These originally served as launching points for the tunnel boring machines and today support ventilation. 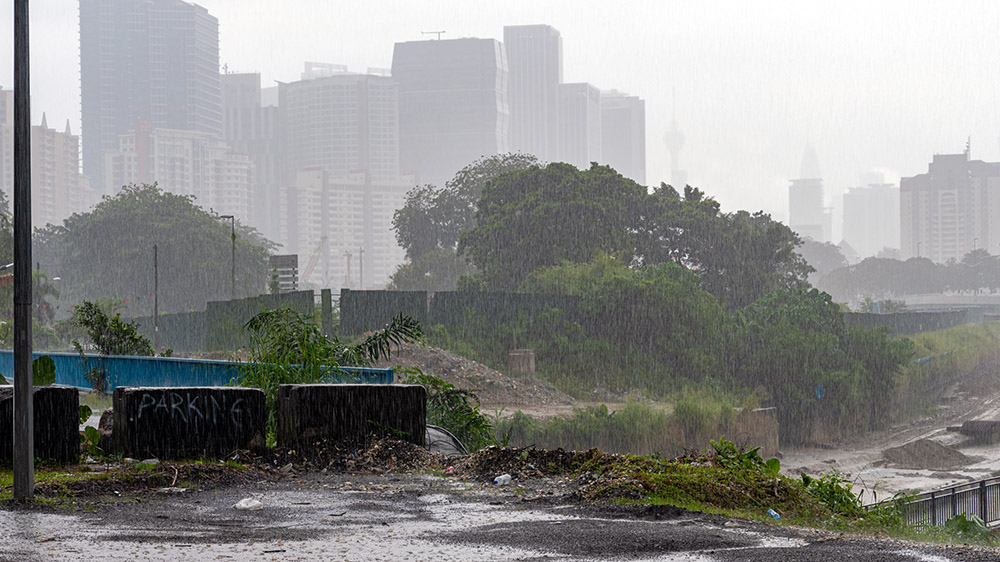 The tunnel opened to traffic in 2007 and is considered a triumph of increased practicality, safety, and efficiency. Not only does it divert flood waters away from the confluence of the two major rivers running through Kuala Lumpur—it also reduces traffic during rush hour. SMART has already diverted floodwater 44 times to date, and as a result, has reduced flood risk in the area to an estimated once every 100 years. Additionally, SMART accommodates a staggering 30,000 vehicles per day and has significantly cut travel times across this sector of the city.

SMART operates with a four mode system: The first mode is for normal conditions. The second is designed for moderate storms. During this mode, the SMART system activates and floodwater is diverted into the bypass tunnel in the lower channel of the motorway tunnel; the upper channel remains open to motorists.

In the event of a major storm, the third mode closes the tunnel to motorists. Once all vehicles have vacated the tunnel, automatic water-tight gates open and allow floodwater to pass through. Finally, the fourth mode activates if the storm has not stopped after one to two hours. In this event, the tunnel is used for flood passage following the complete evacuation of traffic.

Commissioned by the Government of Malaysia, the project cost MYR 1.88 billion (approximately $514 million). Tunneling began in 2004 and was completed in August 2006. The tunnel is equipped with a 24/7 motorway control center, a patrolling team, emergency telephone services, and variable message sign boards.

Officially named the Metropolitan Area Outer Underground Discharge Channel but colloquially dubbed Tokyo’s “Underground Temple,” this storm drain is distinct in several ways: First, it’s the largest in the world. The anti-flood system was completed in 2006 and lies 50 meters below Kasukabe City. Comprised of five silos connected by 6.4 km of tunnels, it cost a reported $2 billion to construct. A modern feat of engineering, its role is to save lives and prevent damage by protecting Tokyo from floods. 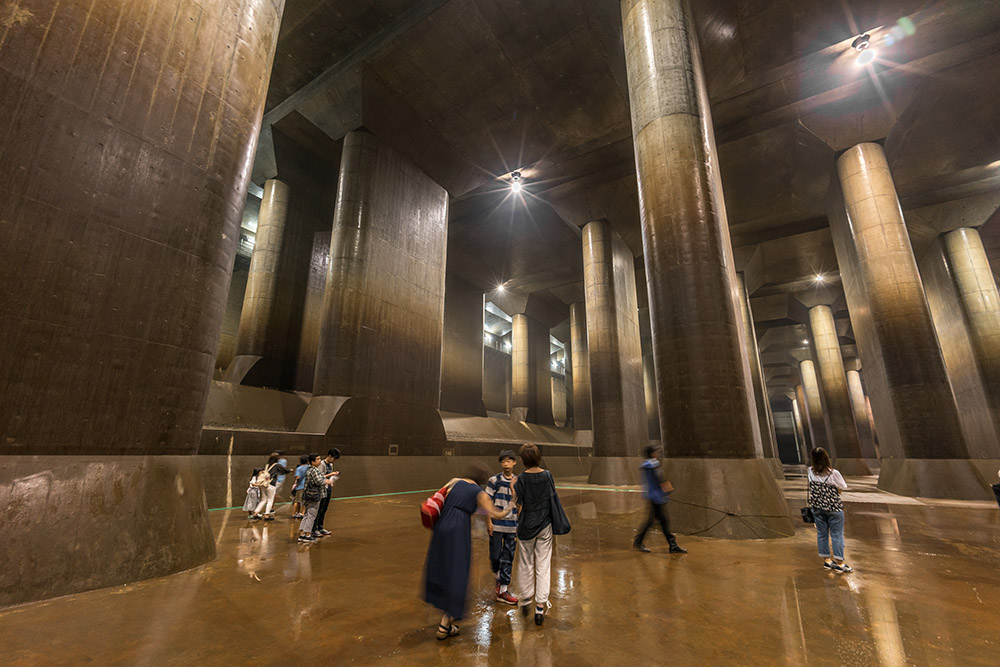 It is noteworthy for a second reason: Larger-than-life yet inconspicuously located, it serves as an exclusive underground exhibition attracting locals and tourists alike. When its 400 horsepower turbine is not clearing 200 cubic meters of water per second, the city offers guided tours of the cavernous temple. Massive, futuristic, and tinged with science-fiction, the anti-flood system piques the interest of professional photographers as well: Christoffer Rudquist captured its gargantuan-yet-hidden presence in this collection.

If you’re curious to see it for yourself, you’re in luck: you can book a tour to visit the underground giant.

Around the world, municipalities and their partner engineering firms are being asked to manage more complex water scenarios. Sure, most of them aren’t facing challenges at the same scale as these global behemoths, but the foundational issues are the same: manage water systems where more water arrives more quickly.

Rising seas and increasing major storm events means much more water is entering roadways and cities in shorter periods of time. At the same time, some municipalities are being asked to develop methods for storing large quantities of water. Flash floods, broken levees, downed bridges, and submerged waterways—not to mention breached seawalls, and massive erosion at coastlines—are major issues for people around the world.

We have multiple partners who are using HeadLight’s Fieldbook to inspect both new construction stormwater projects and rehabilitation projects. They are able to use the data they collect via Fieldbook to create a robust project record for ongoing operation and maintenance needs. By having the ability to capture visual data like photos and videos, they can more easily detect and fix issues. It is also much easier for all involved parties to stay up to date on the progress of the project, thanks to the collaborative nature of Fieldbook. Check out our Water Industry page to learn more about how we are helping teams use technology to improve the outcomes of their water projects.