As part of a large initiative to expand transportation infrastructure within the Greater Seattle area, the Central Puget Sound Regional Transit Authority (Sound Transit) initiated a $4B project to construct approximately 14.5 miles of light rail between downtown Seattle and Redmond. With construction starting in April 2016, the East Link Extension project is anticipated to be completed and fully operational by 2023. The new light rail will allow riders who live east of Bellevue to access downtown Seattle, Sea-Tac Airport (SEA), the University of Washington, and other Seattle neighborhoods. In addition to the railway itself, the project includes 10 new light rail stations, high-occupancy vehicle lanes across the I-90 floating bridge, parking garages, pedestrian bridges, a tunnel, and other ancillary systems. 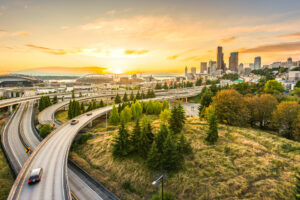 Given the sheer size and complexity of the overall East Link Extension, multiple smaller projects have been broken off to encompass shorter segments of the light rail. Contract E360 includes the construction of a 1.8 mile segment that runs between Park Place in Bellevue to Redmond Technology Station (RTS) in Redmond. The project includes the Overlake Village Station which features a pedestrian bridge across SR520. The RTS station includes a leased office building, transit facility, and a four-level parking garage. This $230M project is being executed using an alternative project delivery method called Design Build, with the design having started in 2016, and construction beginning soon after in early 2017. 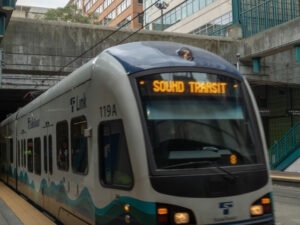 Being a design-build project, the contractor has worked closely with the design engineer throughout the design phase, providing an opportunity to begin construction well in advance of the design being completed. Hill International is the Design Build Project Manager (DBPM) on the project, acting as an Owner’s Representative for Sound Transit to ensure that the project is being executed in a way that meets their quality standards, safety requirements, budget, and schedule. In addition to monitoring the construction activities on-site, Hill plays an important coordination role between all of the stakeholders; ensuring the owner, design-builder, and other Authorities Having Jurisdiction (AHJ) are providing input when needed to efficiently resolve design and construction issues as they arise. With a project of this magnitude, there are a large number of stakeholders whose input is required at different points. A few of the major AHJs include the Washington State Department of Transportation (WSDOT), City of Bellevue, City of Redmond and Microsoft.

In order to effectively drive the project forward and communicate information with all the different stakeholders, Hill had to think outside the box, leveraging new construction technologies capable of relaying large amounts of data in real-time.

Data for the end-users

Chris Schuyler, a Construction Manager at Hill who has been intimately involved in the project, noted early on the value Hill could provide to Sound Transit in improving stakeholder communications through innovation. One innovation that has proven integral to Hill’s project management strategy and success is HeadLight, a visual-based inspection technology. Designed for construction professionals, HeadLight allows construction managers and owners to capture, share, and act on data from the job site in real-time. Instead of taking photos with a camera and filing jpeg files on a file-sharing site before sitting down to complete a tedious, handwritten daily report, HeadLight allows all project data to be captured and shared in an instant. In addition to improving the process of developing and filing reports, HeadLight has built-in functionality for tracking material quantities and developing pay estimates in the field, which is especially useful for design-build projects where the contractor’s pay requests are based on unit quantities rather than a lump sum.

“One of the main benefits we’ve realized with HeadLight is the ability to keep many different groups of people informed on construction progress with little administrative effort. Instead of having to dig for specific photos and reports, Sound Transit and other stakeholders can simply log into HeadLight and immediately see everything that happened that day.” 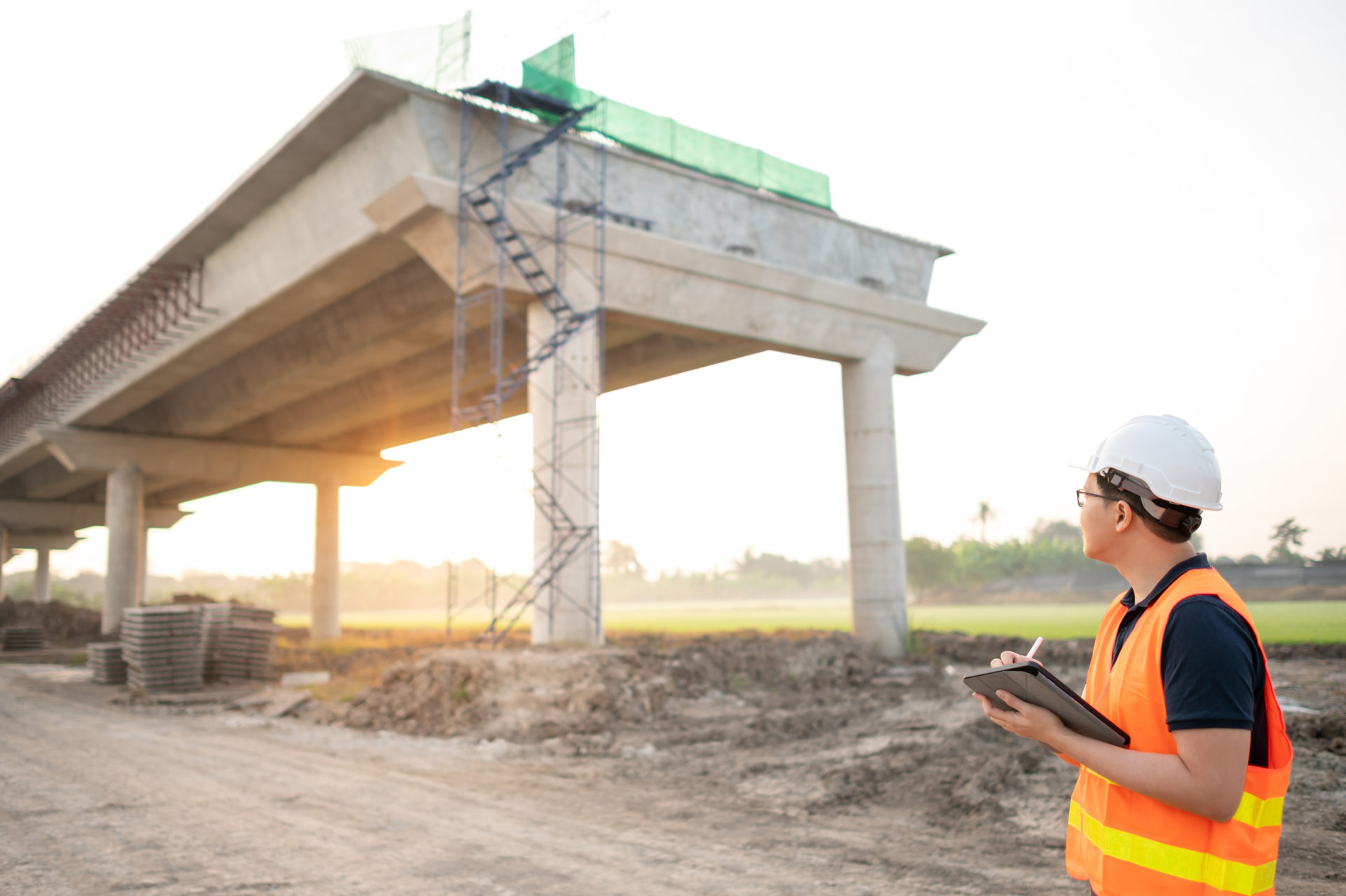 Chris’s team is also able to add tags that are specific to different groups when they want to flag a construction activity for review by a certain stakeholder. If, for instance, Chris wants all data pertaining to quality verification activities that happened in a given week reviewed, he can simply add a tag to the applicable reports, and Sound Transit or other partners can use those tags to filter and view the results. Similarly, tags can be added for specific bid items, site areas, subcontractors, construction time periods, inspectors, or any criteria that helps organize the data for the end-users. 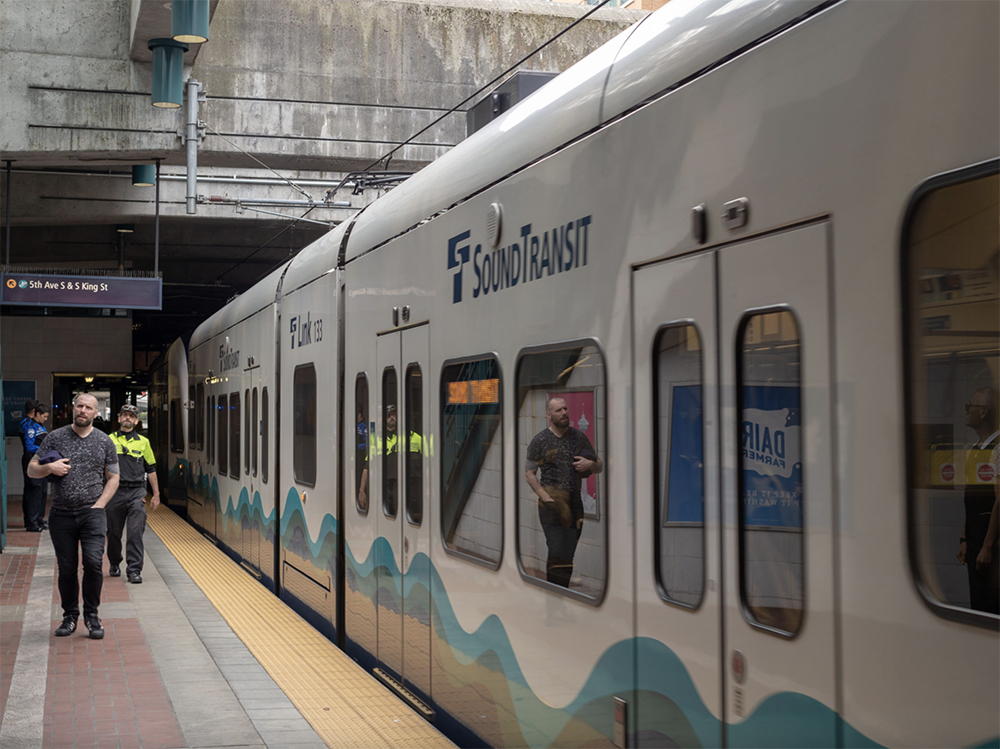 Another aspect where HeadLight has brought value to the project is in risk mitigation, which is especially important for design-build projects. Risk mitigation is particularly significant for design-build because everything happens within a condensed timeframe and design documents can evolve throughout the construction process. When a construction issue arises, HeadLight provides a substantial amount of data that is both quickly surfaced and directly relevant. Rich and multidimensional data allows all stakeholders to quickly get up to speed on the issue at hand so they can begin developing options for consideration leading to design and construction recommendations. The rich data records created by using HeadLight facilitate both data-driven decision-making and often result in another valuable outcome: claims avoidance.

Achieving this level of transparency between stakeholders is one of the reasons why Hill has accumulated over 60,000 HeadLight observation entries on the project – the more data the project teams have to work with, the better decisions will ultimately be made. Through the pandemic, it would have been easy for the E360 project team to lose this level of transparency due to restrictions with accessing the job site; however, with the HeadLight workflow already in place, the team could take the pandemic challenges in stride. 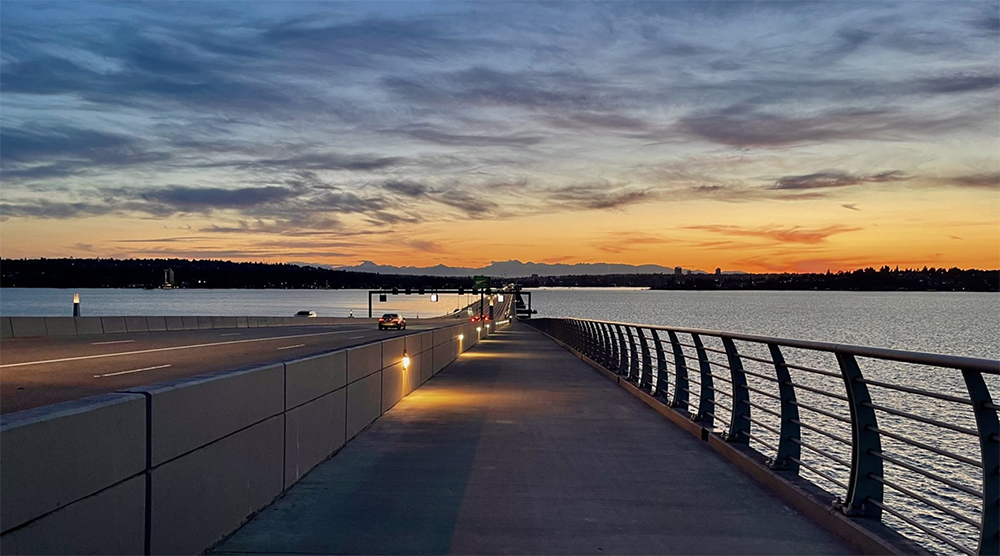 While HeadLight is currently bringing value to the project by providing real-time data during construction, Hill and Sound Transit look forward to the value the data will bring for years to come following the completion of the project. With troves of well-organized data and reports that cover each phase of the project, the archives will provide valuable information for asset management and operations and maintenance, and serve as a guide for project teams on future infrastructure projects with similar scopes. Future project teams will have valuable insight into lessons learned, data for cost estimating, knowledge of the construction phasing, and other information that will help optimize their projects.

Get to know more about how Design-Build and technology can help deliver infrastructure projects on time and on budget by listening to our on-demand webinar, “Driving Efficiency and Speed in Design-Build.”